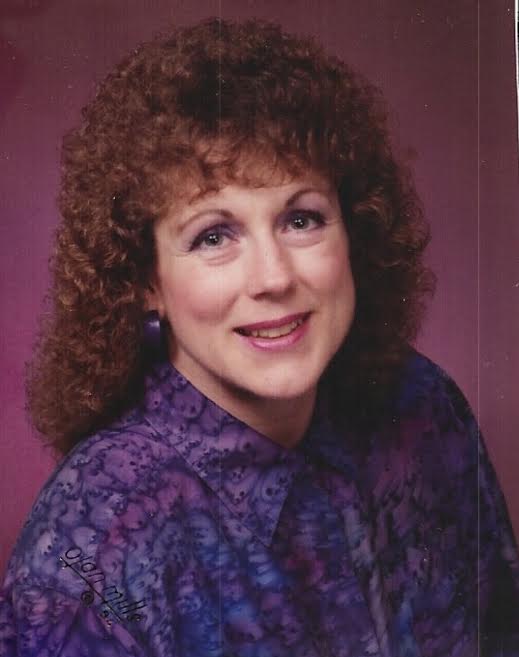 Leone Lines born on October 24, 1946, of West Des Moines passed away February 8, 2020 in her home/hospice, after a long battle with breast cancer, since fall of 2001. Her Celebration of Life Service will be held at Lutheran Church of Hope, 925 Jordan Creek Parkway, West Des Moines, IA on Friday February 21, 2020 at 11:00 am with visitation one hour before and lunch following.
Lines was born to Virgil LeRoy and Eva Clara (Wood) Lines in Charles City, Iowa, hospital in Floyd County
on October 24, 1946. She lived the first few years of her life on a farm south of Rockford, Iowa, before her family
moved to a farm south of Humboldt, Iowa. She was active in 4-H for 9 years, serving as president of Corinth
township Red Stars club and president of Humboldt county chapter. She sang alto in the school and church choirs
and played flute in the band. She was inducted into National Honor Society and graduated from Humboldt
Community High School May 1965. Then she attended State College of Iowa/University of Northern Iowa in Cedar
Falls, Iowa, receiving a BA degree in secondary math education May 1969. During her college years she was an
active member of Pi Tau Phi/Alpha Delta Pi social sororities. She served on the Panhellenic Council as Vice
President.
She was married to David Raymond Trimble August 10,1968. When he returned from Viet Nam, he was stationed
at Lowry Air Force base in Denver, Colorado, where he finished his 4 years. Their son, Brian Dean Trimble, was
born May 23, 1972, in an Army hospital in Aurora, Colorado. Leone worked at an insurance company until she
could get a teaching job in Aurora Schools at Gateway High School. She took additional college classes at
University Northern Colorado in Greeley, Colorado, working toward a master's degree in education. They were
divorced in March 1977. She took classes from University of Colorado extension in Denver for Electrical
Engineering/Computer Sciences and left teaching to work for Stone and Webster as an EE assistant.
In fall of 1984, she and her son, Brian, moved to Urbandale, Iowa, where she worked as the technical half of a
computer sales team for Honeywell, Information Systems Division for 7 years. She joined the local chapter #319 of
Parents Without Partners to make new friends, where she served as VP of membership and on the membership
and special activities committees. She later worked on software support help desks for Principal Financial Group
and Wells Fargo, giving support and training to Pension Plan Administrators and Mortgage Loan Officers, who were
using the company's proprietary software. She retired from Wells Fargo in 2013 after her breast cancer from 2001
returned in her bone marrow.
After surviving breast cancer the first time in 2001, she became an active member of Lutheran Church of Hope
serving as a shepherd for VBS six years and facilitating 2 Alpha groups in 2006 and 2012. Since she didn't have
any daughters, she especially enjoyed mentoring a group of 15 girls for Power Life (2012-2015). In recent years
she served as greeter and communion server and has been attending Tuesday morning women's bible study for
many years.
Her joy and passion was always dancing. As a child she took tap and ballet lessons, including toe dancing. In
college, she performed with the modem jazz group at Mother's Day performances. As an adult she enjoyed
waltzing, square and round dancing, country two-step, cowboy cha cha, Irish dancing Oigs and reels) - even
danced on a float in the Denver st. Patty's Day parade once. In recent years, she has enjoyed attending musicals
at Civic Center and Des Moines Playhouse.
Leone is survived by her son, Brian Trimble of West Des Moines, lA, sister Lynda (Lyle) Mumm of Fort Dodge,
Iowa, 3 brothers: LeRoy (LaDonna) Lines of Olathe, Kansas, Lester Lines of Frederick, Colorado, Lauren Lines of
Johnston, Iowa, 6 nieces and nephews: Amy Lines, Hilary (Greg) Mitchem, Steven Lines, JOnathan Mumm,
Alexander Mumm and Lori (Justin) Graeve. She was preceded in death by her grandparents: Earl S.and Clara S.
(Gord) Wood, Edward G.Lines, Louise M. (Schafer) Lines, parents: Virgil L. Lines and Eva C. (Wood) Lines.

Posting as Who are you posting as?

I have so many fun memories of our dancing years. Lee always was the best dancer of all of us and such beautiful western clothes she wore often her favorite color purple. Miss this dear friend. Sympathy to the family.

The video is fabulous. It brought back many memories of Lee, as I knew her. We had many fun times together. I hadn't seen Lee for several years, however, I still thought of her often. She was a wonderful person and lived a successfull life. She will be missed by many, but never forgotten. Sally Lawson

*Due to time restrictions, delivery to service is unavailable.

Healing Registry Unavailable at the Moment!

No thanks. Go back to cart.
Product Details

Let the family know who you are using one of the quick sign-in options below.

The attached photos are added to the memorial of Leone L Lines to help share their legacy.

Add to Your Calendar

We will notify you soon.

You will receive an e-mail daily when a guest leaves a tribute on this obituary.

Thank you for sharing your memory of Leone

Help show your support by providing a gift of flowers and spreading the word.